The decision of 16 July 2021 came in for criticism for not addressing a number of relevant aspects that were raised in the referral to the Enlarged Board. Although the reasons for the decision appears to shed some light on some of these aspects, the deliberately narrow approach of the Enlarged Board has not allowed to completely resolve the legal uncertainty that surrounds oral proceedings by videoconference.

The Enlarged Board itself warns, in point 16 of the decision, that it finds it justified to limit the scope of the decision to proceedings before the boards of appeal and within the context of the referral (that is, the COVID-19 pandemic). Likewise, the Enlarged Board states that, in order to clarify the legal framework for holding oral proceedings by videoconference, not only Art. 116 EPC should be considered, but also Art. 113 EPC.

The Enlarged Board goes on to discuss, under section C.5, the role of the parties’ consents in oral proceedings by videoconference. It is of the opinion, in line with the comments under the previous section, that in-person oral proceedings should be the default option, such that parties can only be denied this option for good reasons. The Enlarged Board then specifies what these good reasons are: the existence of a suitable (even if not optimal) alternative (point 48) and circumstances relative to limitations and impairments affecting the parties’ ability to attend oral proceedings in person (point 49) which may lead to a continued postponement, thus seriously impairing the administration of justice (point 50). Examples of those limitations and impairments are given in point 49: general travel restrictions or disruptions of travel possibilities, quarantine obligations, access restrictions to the EPO premises and other health-related measures. These examples could help define what the definition or the extent of a general emergency are, even if the Enlarged Board does not provide additional indications to delimit them.

Finally, under point 56, the Enlarged Board emphasises the idea that limiting the scope of the referral in question to a general emergency, such as the COVID-19 pandemic, is in consonance with the reticence of several international and member states’ courts about prolonging compulsory videoconference hearings beyond the emergency situation.

In summary, the Enlarged Board seems to be clear about the fact that to impose oral proceedings before the boards of appeal without the consent of the parties should be an exceptional measure only justified by general emergencies that would otherwise lead to prolonged postponements and the resulting backlog of pending cases. In other words, unless when in a general emergency, a party’s request to hold oral proceedings by videoconference for personal reasons would not be sufficient for a board of appeal to overrule the wish of the remaining parties to attend oral proceeding at the premises of the EPO.

By contrast, the limitation of the Enlarged Board’s decision to oral proceedings before the boards of appeal is somehow disappointing. One may wonder about the outcome of an appeal filed by a party that refuses to hold oral proceedings by videoconference in first instance during a general emergency (let alone without any general emergency) – would such appeal require a further referral to the Enlarged Board? The decision of the President of 10 November 2020 stated that oral proceedings before opposition divisions were to be held by videoconference until 15 September 2021, extended to run until 31 January 2022 in a further decision of the President dated 14 May 2021; but does the current situation in the member states, in terms of travel disruptions and quarantine obligations, fall within a definition of a general emergency? The Enlarged Board could have taken advantage of G 1/21 to provide legal basis for these and future similar decisions.

Similarly, the Enlarged Board has made no reference to Art. 15a of the Rules of Procedure of the Boards of Appeal, which entered into force on 1 April 2021. Art. 15a of the RPBA seems substantially broader than the order of decision G 1/21. It would thus seem pertinent to limit the provisions of the three paragraphs of the article to the specific situations defined in G1/21.

All in all, the detailed and well-structured reasons for decision G 1/21 are useful to clarify the exceptional and suboptimal character of oral proceedings by videoconference before the boards of appeal without the parties’ consents, but a more ambitious approach as far as its scope is concerned would have laid more solid foundations for ensuring a uniform application of the EPC in an aspect of the law that is likely to have a growing relevance in the coming years, not only in the event of global health emergencies, but also due to reasons as varied as the technological progress in the field of video streaming or increasing environmental concerns. 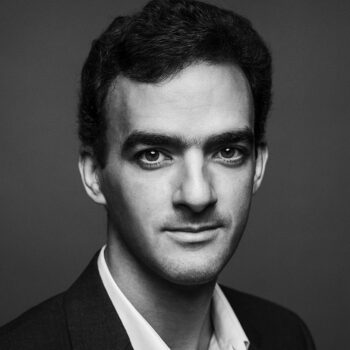