Attorney responsibility: Read the text carefully before you approve it

Acting as European patent attorneys on behalf of our clients, we appreciate the importance of carefully studying and understanding the content of all communications of the European Patent Office (EPO) sent to us as representatives of our clients.

A recent decision from the EPO underlines the importance of our responsibility, also in cases in which the EPO made the error. The decision relates to a case in which a patent was issued, but without any drawings. The applicant did not address this error in due time, and therefore, the error could not be corrected.

Recently, the Boards of Appeal of the EPO published a decision, T 0265/20, that relates to a situation where the Examining Division issued a Communication under Rule 71(3), requesting the applicant’s approval of the text within a four months deadline.

The text mentioned in the Communication under Rule 71(3) was approved, the patent was granted, and subsequently the patentee realised that the text approved was  incorrect,  the drawing sheets not being indicated by the Examining Division in the Communication under Rule 71(3). The drawing sheets were included in the application as filed and had not been changed during the prosecution of the application.

The patentee filed a request for correction and an appeal against the grant of the patent, requesting that the patent be granted on the basis of the text mentioned in the Communication under Rule 71(3) with the addition of the drawing sheets.

The patentee requested inter alia that the decision under appeal be set aside and the case be remitted to the Examining Division.

The main arguments of the patentee were that the text intended for grant indicated in the Communication under Rule 71(3) EPC was not the text on the basis of which the Examining Division intended to grant a patent. Given that the application documents forming part of the original application as filed contained drawing sheets 1/4 to 4/4, that the file history did not indicate the removal of any drawings, and that the references to the drawings still formed part of the description of the granted patent, it was clear that the drawings were intended to be part of the granted patent. The granted version therefore did not correspond to any text submitted by the appellant, nor did it correspond to any text agreed to by the same.

The patentee also argued that Rule 71(5) only applied when the applicant was in fact informed of the text that reflected the true will of the Examining Division.

The decision from the Boards of Appeal can be summarised as follows:

BA decision on a European patent application pursuant to Article 97(1) EPC complies with Article 113(2) EPC when it is based on a text submitted to the EPO or agreed by the applicant. Before the examining division decides to grant the patent, it shall inform the applicant of the text on the basis of which it intends to grant the patent (Rule 71(3) EPC). According to Rule 71(5) EPC, if the applicant pays the fee for grant and publication and files the translations of the claims in the other two official languages within a period of 4 months, the applicant shall be deemed to have approved the text communicated under Rule 71(3) EPC.

In the present case, it is undisputed that the applicant/appellant, upon receipt of the Communication under Rule 71(3) EPC indicating the text intended for grant, in which drawing sheets 1/4 to 4/4 were missing, made no comments. Instead, the applicant paid the fee for grant and publication and filed the translations of the claims in the other two official languages within the 4 months period.

Thus, the Board of Appeal concludes as follows: 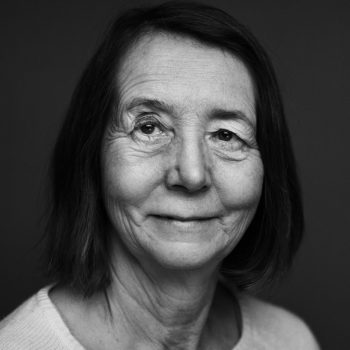