Can artwork be registered as a trademark? Can a registered trademark be used to protect artwork?

Initially, it seemed that this was possible, as the (in)famous and anonymous street artist Banksy successfully filed and registered several trademarks depicting some of Banksy’s most iconic artworks for a wide range of goods and services.

Through the company Pest Control Office Limited, Banksy filed more than 15 trademark applications with the EUIPO from 2014 to the present day. Initially, Banksy was not met with rejections from the EUIPO, and the applications were allowed to proceed to registration.

The somewhat straightforward answer above then got complicated when the British greeting card company, Full Colour Black Limited, successfully filed applications for cancellation based on invalidity against several of the trademarks registered by Banksy. A few of these cancelled trademark registrations can be seen here:

The cancellation proceedings were key decisions in the somewhat unknown legal sphere of artists’ trademark protection of their artwork.

On the other hand, Banksy argued:

The Cancellation Division held that the behaviour of Banksy, especially the opening of the webshop and pop-up shop, showed that that there never was any intention to use the trademark as such. It further held  that the sole purpose was to circumvent the enforcement obstacles in copyright, particularly that you cannot act anonymously.

The Cancellation Division, therefore, ruled that the trademarks should be declared invalid due to bad faith under Article 59(1)(b).

One of the trademarks that were cancelled due to invalidity was the famous ‘Laugh Now But One Day We’ll Be In Charge’ monkey:

The famous artwork was created in 2002 in Brighton. The artwork was not applied-for as a trademark until 2018. With no opposition filed by a third party, the EUIPO registered the above trademark on 11 June 2019.

However, as part of the cancellation proceedings mentioned above, Full Colour Black limited filed, an application for a declaration of invalidity on the grounds of bad faith and lack of distinctive character. In May 2021 the Cancellation Division once again decided that Banksy’s trademark had been filed in bad faith and the trademark registration was subsequently cancelled.

However, this time Banksy appealed the decision.

The Board of Appeal concluded that the burden of proof that the conditions (bad faith, lack of intention to use etc.) lies with the one requesting the cancellation. Therefore, it cannot be assumed without documentation that this is the case at the time of filing, and especially when the trademark is not yet under use-requirement.

The Board of Appeal made several conclusions that would be of interest in similar cases.

The Board of Appeal clearly emphasized that it was possible to protect the same artwork through both copyright and trademark law.

The Board of Appeal also stated that the mere application for trademark registration of art does not equal lack of intention to use the mark.

Another interesting note from the decision is the fact that the Board of Appeal confirmed the five-years grace period to be absolute; it is up to the cancellation applicant to show bad faith on the side of the proprietor. It must be assumed, that there is no bad faith, at least for the grace period.

Finally, the Board of Appeal noted that:

Though the deadline for appealing the decision has not yet been reached, the attorney representing Full Colour Black stated:

As such, this may be the beginning of a new era, in which artists may consider trademarks as a supplementary protecting of works. 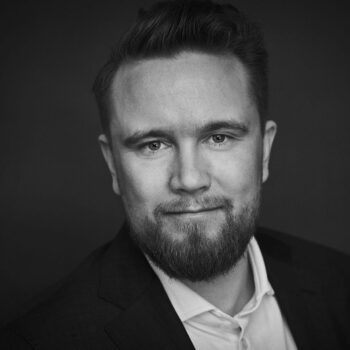