The market and parties
Oat milk is among the fastest-selling plant-based products. Oatly was recently listed in New York with a market capitalisation of more than $10bn. Oatly is the market leader within oat-milk products, its ”barista edition” being the best-seller. 80% of Oatly’s sales are via grocery accounts such as supermarkets. Cambridgeshire-based Glebe Farm Foods is run by a brother and sister. It specialises in gluten-free oats and sells its own labelled products online and via retailers such as Amazon. In addition, it supplies to e.g. Kellogs and Unilever. The drink “Oat Drink” was launched in 2019, but rebranded to “PureOaty” in 2020.

Concretely, lawyers of Oatly had seeked an injunction to stop sales of PureOaty, plus damages and costs. The lawyers claimed among others:

The court’s conclusion
The High Court ruled that the visual similarity of the names was “very modest” and that there was no evidence of actual confusion among consumers regarding the two products. The fact that Oatly also used blue in its packaging for three of its drinks (however not for its best-selling Barista’s Edition product) and the fact that Oatly also used a somewhat irregular font for the product name were only found to be similarities at a very general level. The similarities were thus not sufficient to establish a risk of confusion between the trademarks.

What elements are considered when judging trademarks’ similarities?
A risk of confusion exists, legally, when the overall impression that remains in the consumers’ minds leads to confusion when associating the product with the company producing it. The elements conditioning the overall impression can include e.g. words’ look, meaning and sound, as well as images and other conceptual references, e.g. those displayed on a product’s packaging. Importantly, common or descriptive words or elements in relation to the relevant goods and services shall remain available for all competitors to use so that they cannot be monopolized by one company. That is why you cannot obtain a trademark for an apple if you are selling apples. This would be to the detriment of all others selling apples.

The comparison of OATLY / PUREOATY more concretely
The only element that the marks had in common were OAT, an element entirely distinctive in relation to the relevant goods and services. The judge ruled that when the common element is descriptive, the significance of conceptual similarity is downgraded. The judge cited e.g. the following from case law: “…where you have something largely descriptive the average consumer will recognize that to be so, expect others to use similar descriptive marks and thus be alert for detail which would differentiate one provider from another.” This plainly means that when a company uses something very descriptive in its trademark, such as OAT, the consumer will be more alert to small alterations and the word being used by different providers in various forms, e.g. Tesco’s “Oaty Flapjacks” or Organix’ “Banana Oaty Bars”. The fact that the marks share the common element Oaty does not make them confusingly similar by default.

In addition, PureOaty disassociated itself from Oatly by (i) having placed a Union flag and logo on the carton, (ii) emphasizing the purity and gluten-free qualities of the product, and (iii) the use of the tractor device.

The overall impressions of the trademarks were therefore found to be very different.

(ii) By adding additional elements on a package such as logos, flags, emphasizers of quality and illustrations of certain devices, a company can disassociate its trademark further from an otherwise perhaps similar trademark.

(iii) When a large corporation takes on a small local company, there are always several risks to keep in mind strategically. Apart from the legal uncertainty, there is also a public relations risk in the form of a David and Goliath perception in the eyes of the public. There is a risk that the public will sympathize with the smaller company and that negative media attention will hit the larger company as seen in the Oatly case. It may in worst case turn into a PR crisis as seen when Danish beef restaurant chain “Jensens Bøfhus” sued the provincial fish restaurant “Jensens Fiskehus”. Despite Jensens Bøfhus winning the case at the Supreme Court, a national media outcry arose, 110,000 Danes enrolled in a facebook boycott page, and the company ended up with a deficit of 30 mio DKK. A well-thought-out strategy is therefore crucial. Sometimes the risk is tried reduced by the larger company, either by “letting” the smaller company “live”, by picking up the legal bills or by choosing a legal forum where the smaller company will suffer less financial damage. One should therefore always think very strategically when choosing which legal battles to pick, which forum to choose and how to approach the matter wisest. Both from a legal point of view, but also from a business and communication’s standpoint.

Should Glebe Farm Foods have responded immediately to Oatly’s initial demands?
Glebe Farm Foods could have chosen to enter into a co-existence agreement instead of a legal battle. When not being in a position of strength business wise or financially, it may sometimes be preferable to be the defending party. You may gain time, you let the other party show its hand first, and it may be cheaper to respond, especially if you have good arguments on your side.

Should Oatly have done nothing?
Oatly could have left the OATY trademark live on, untouched. The local producer did not seem to have intentions in going global. The threat was therefore on one hand not large. However, due to trademark rules, it is a requirement that every trademark registration can be backed up by proof of real and effective use on the market after the trademark has reached 5 years of age. A company may therefore end up in a situation where it must be able to prove that its mark is used, hereunder that the company is offensively defending its rights towards third parties. This also includes third parties that are small. Especially if a large corporate has investors, it may be sensible, also from a business stand point, to assert the company’s rights in certain legal battles. These battles should be carefully chosen with the company’s legal and communication advisors.

Should you wish to get an update on your trademark portfolio and discuss how to navigate strategically going forward, we are always happy to hear from you or to greet you at our offices in Copenhagen and Stockholm. Feel free to reach out to Monika Colak, Partner, Head of Trademarks and Legal and Philippe Benjamin Skow, Assistant Attorney.

This news article is meant for general information and discussion only. It is not a full analysis of the matters presented, and shall not be regarded as or relied upon as legal advice. 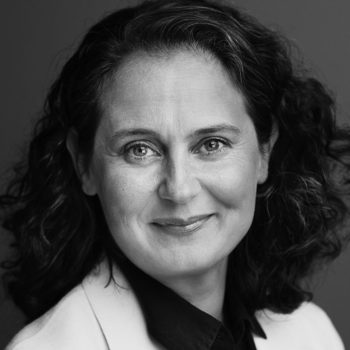 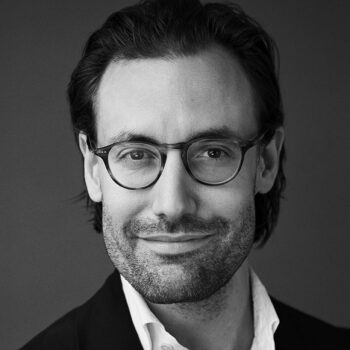